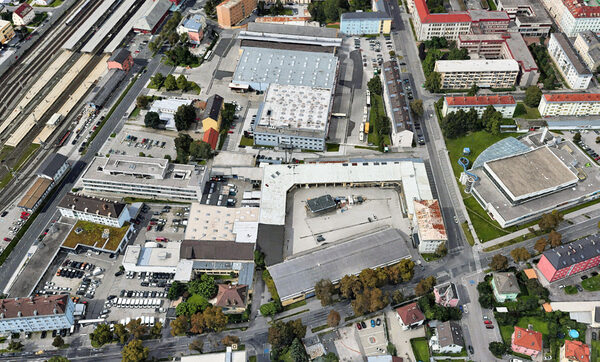 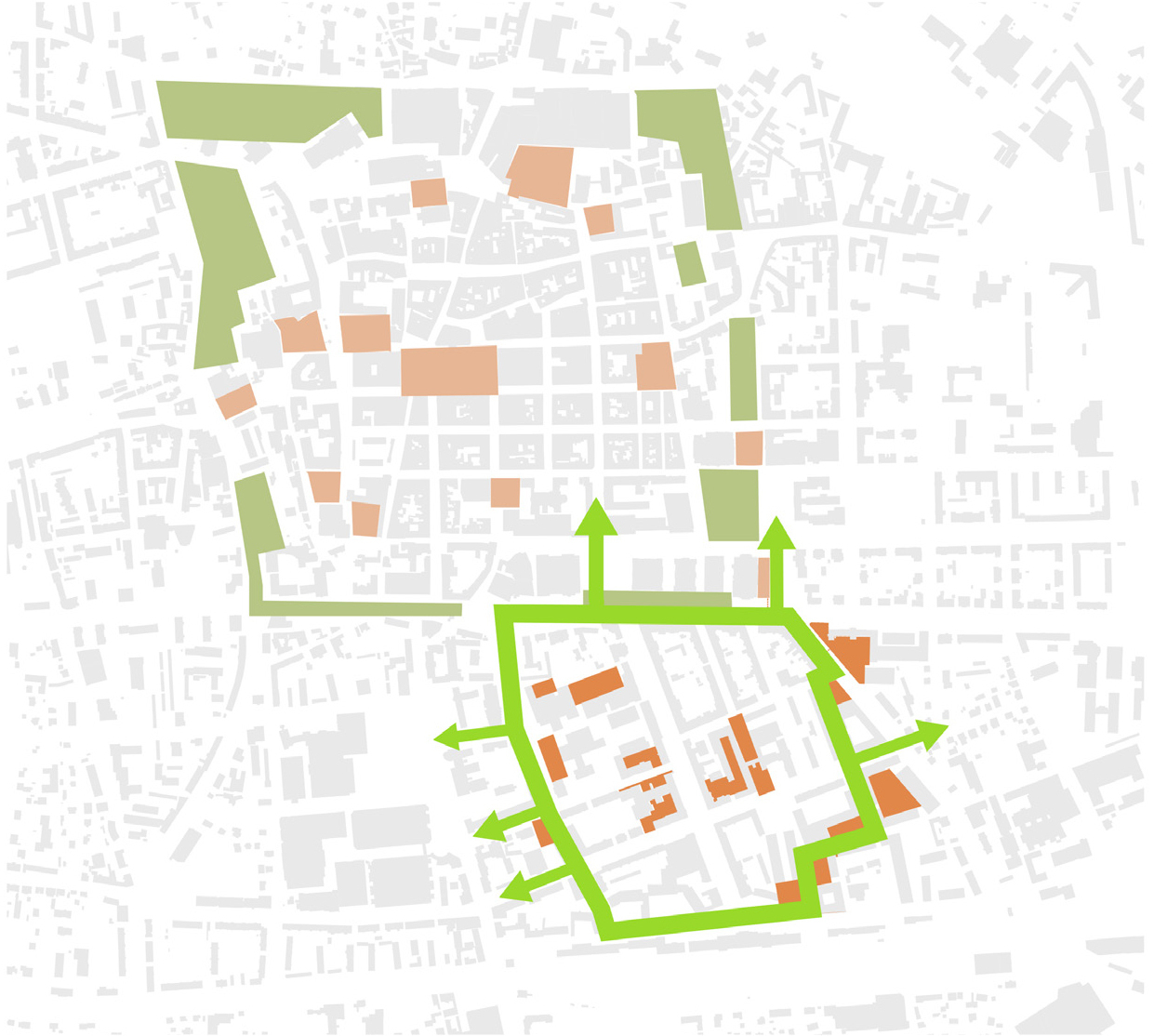 Historical ring. System of existing green spaces around the historical center is supported by a New green ring. The New Green Ring allows integration of historical public spaces and new public spaces in one well-connected system. 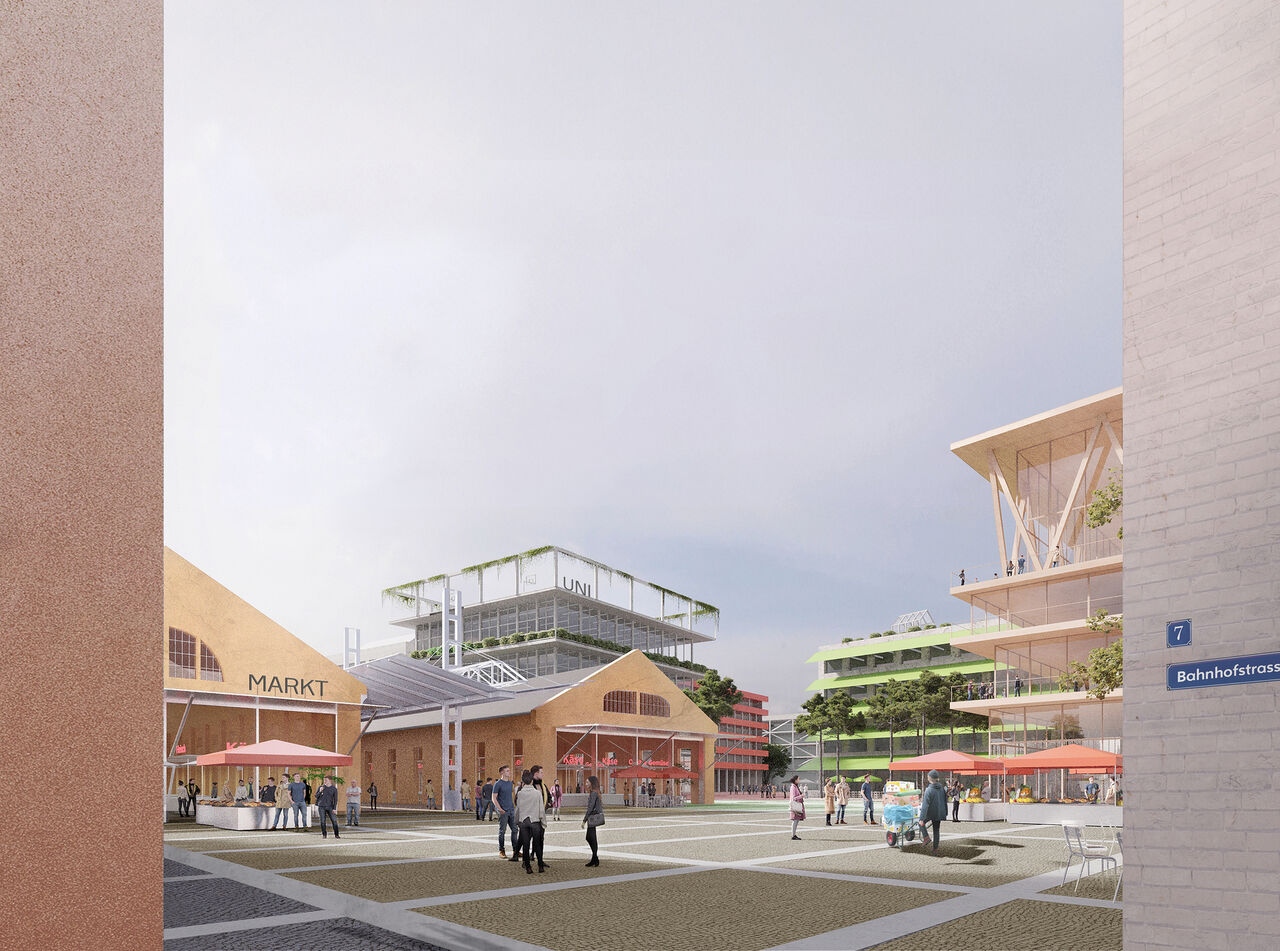 Existing as a resource for future development. All the new elements on the site use and develop potential of existing resources on the site. The new buildings complete existing dispersed structures in organised urban blocks. Old and new elements assemble together a comfortable urban environment and form the identity of the place. The existing structures preserved and regenerated by the new function and if needed extenstion. The existing big open spaces (like Makers square) preserved and enriched by allocation of additional functions around and intesified in use. 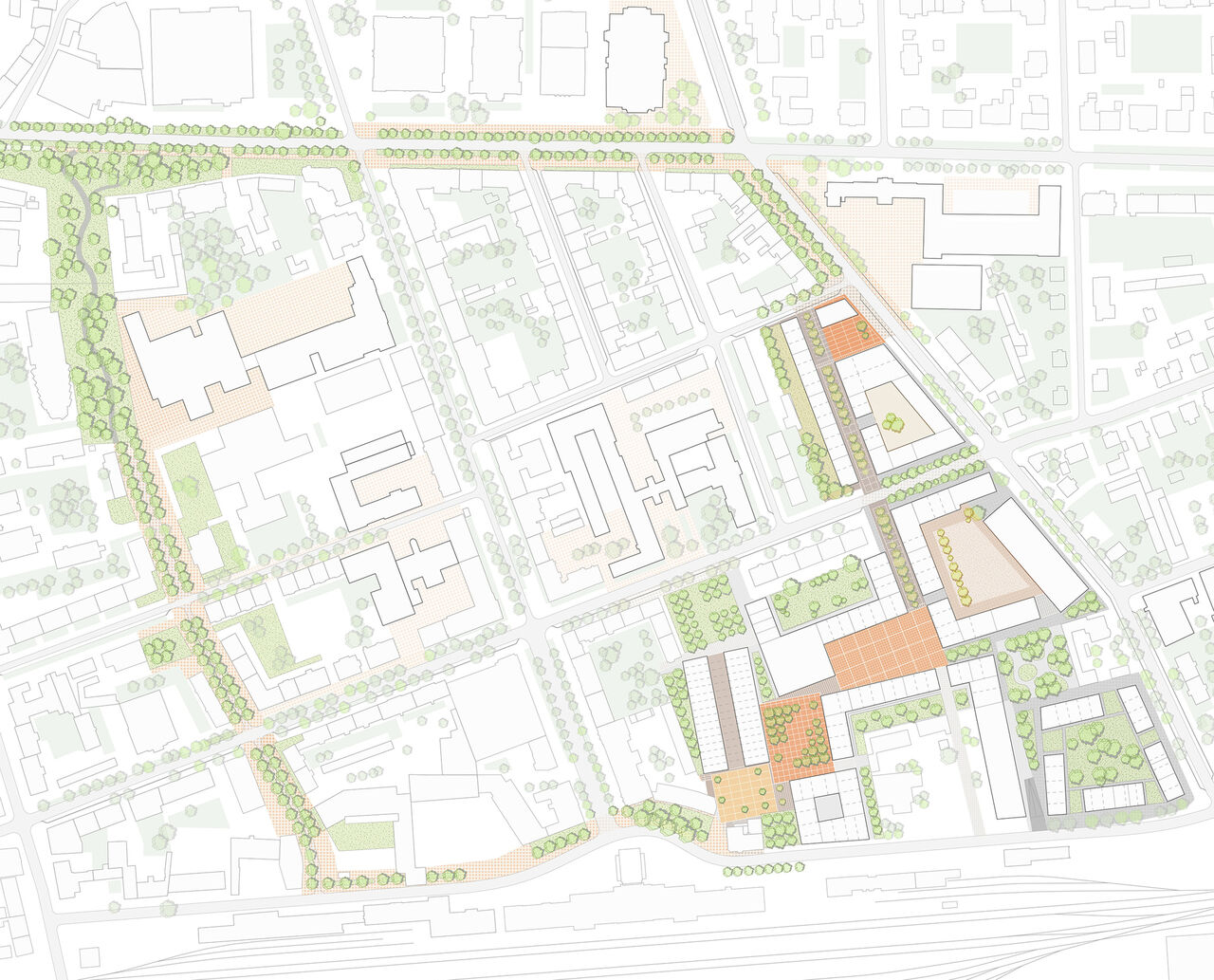 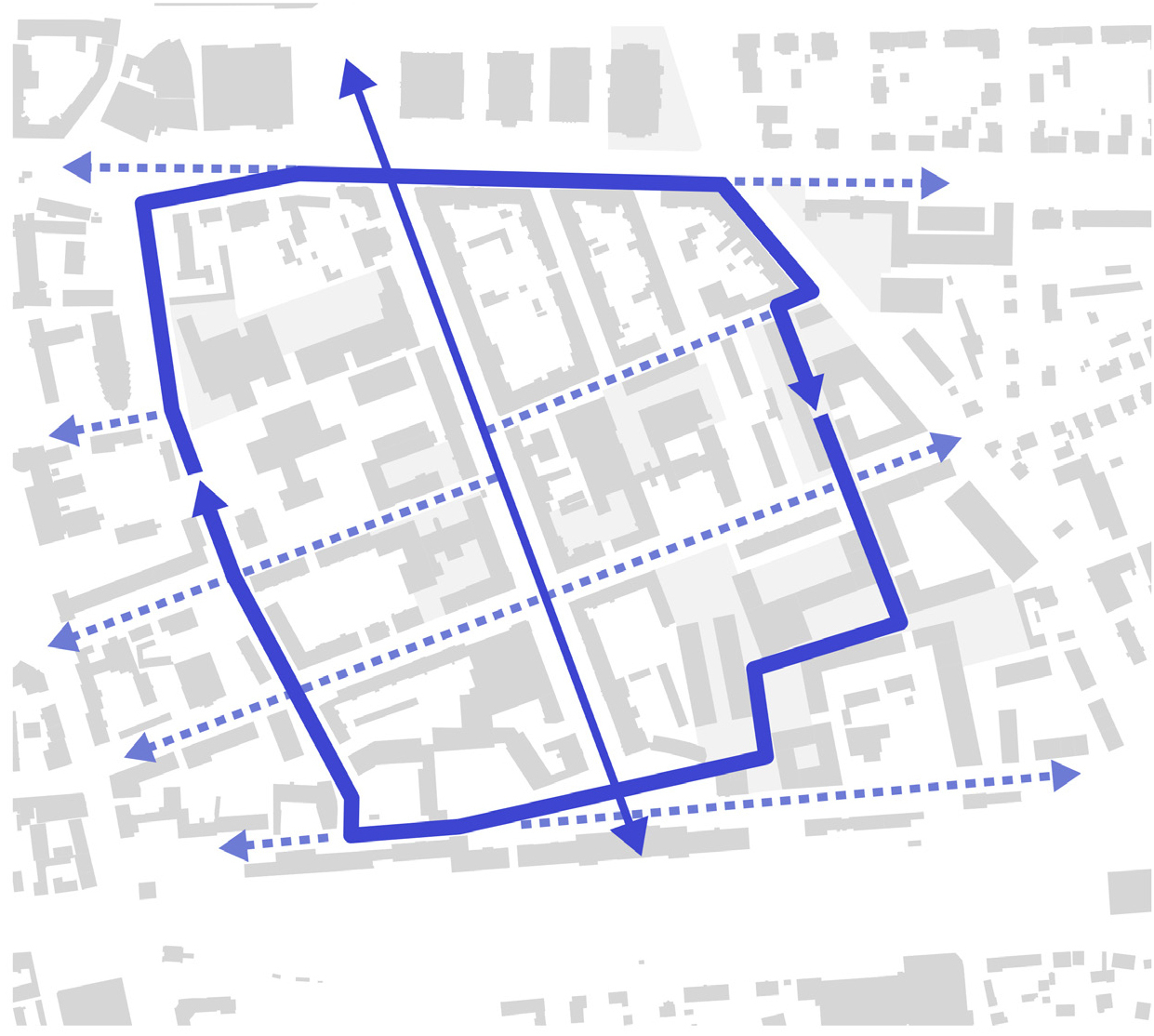 Spine of public spaces develops from North-West to South-East edges of the site and offers a new pedestrian connection of the Main railway station with central and eastern parts of the city. 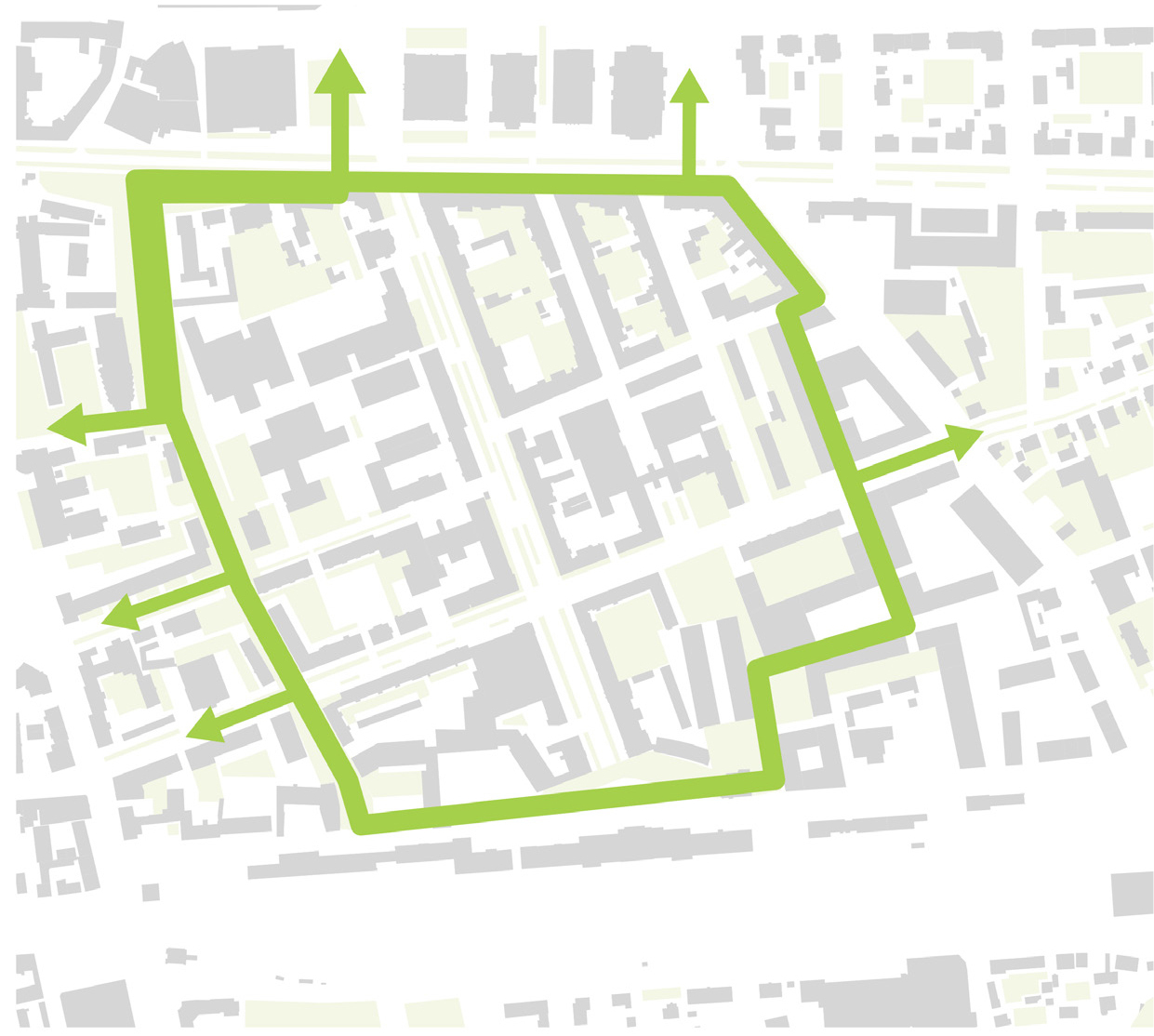 Integration through connection. The project site of Europan Klagenfurt is opened to the city and integrated by a system of new functional attractions. 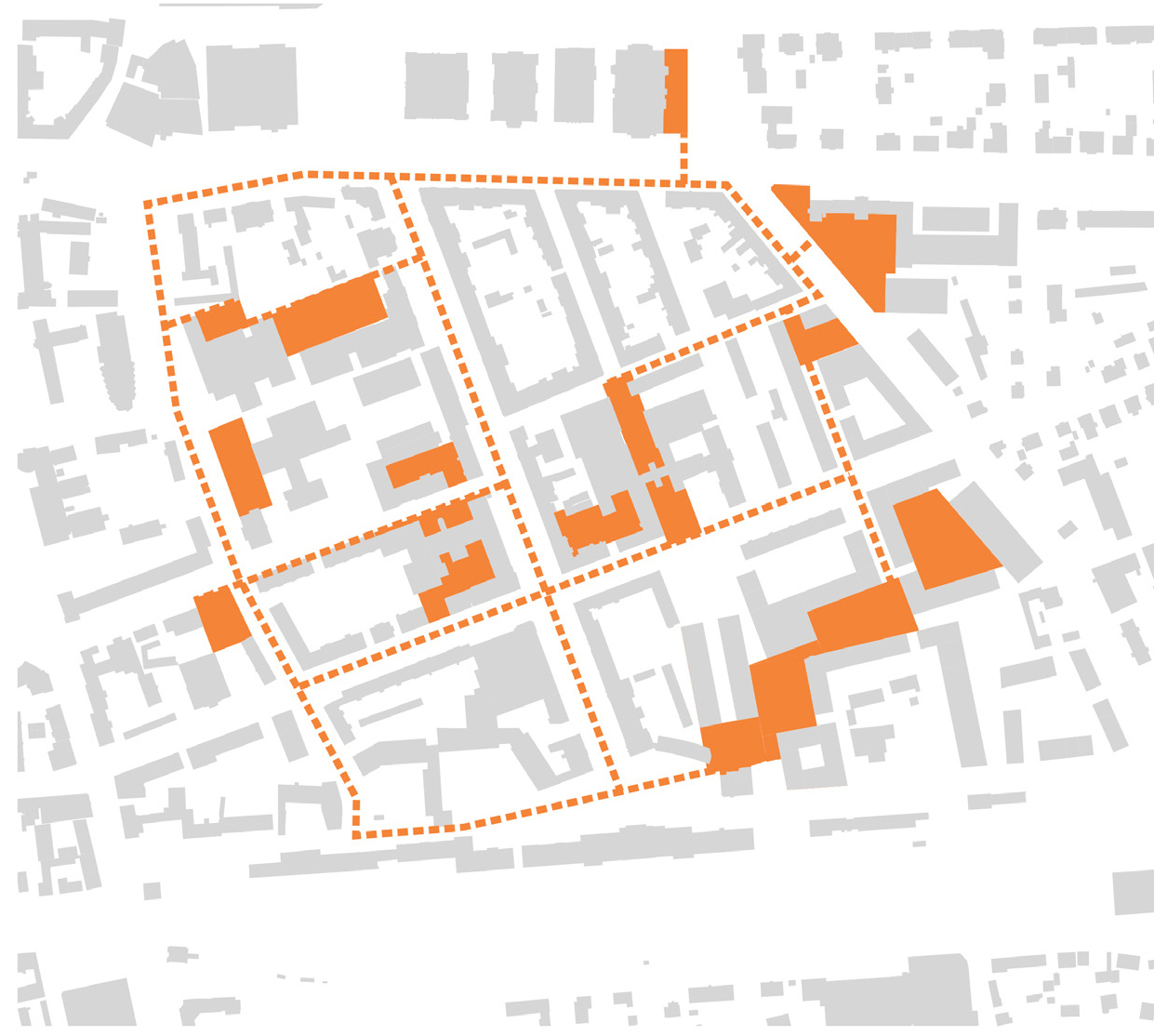 Polycentric system. Our site becomes an alternative, new center of Klagenfurt. Its urban structure is analogous to the historical city center. 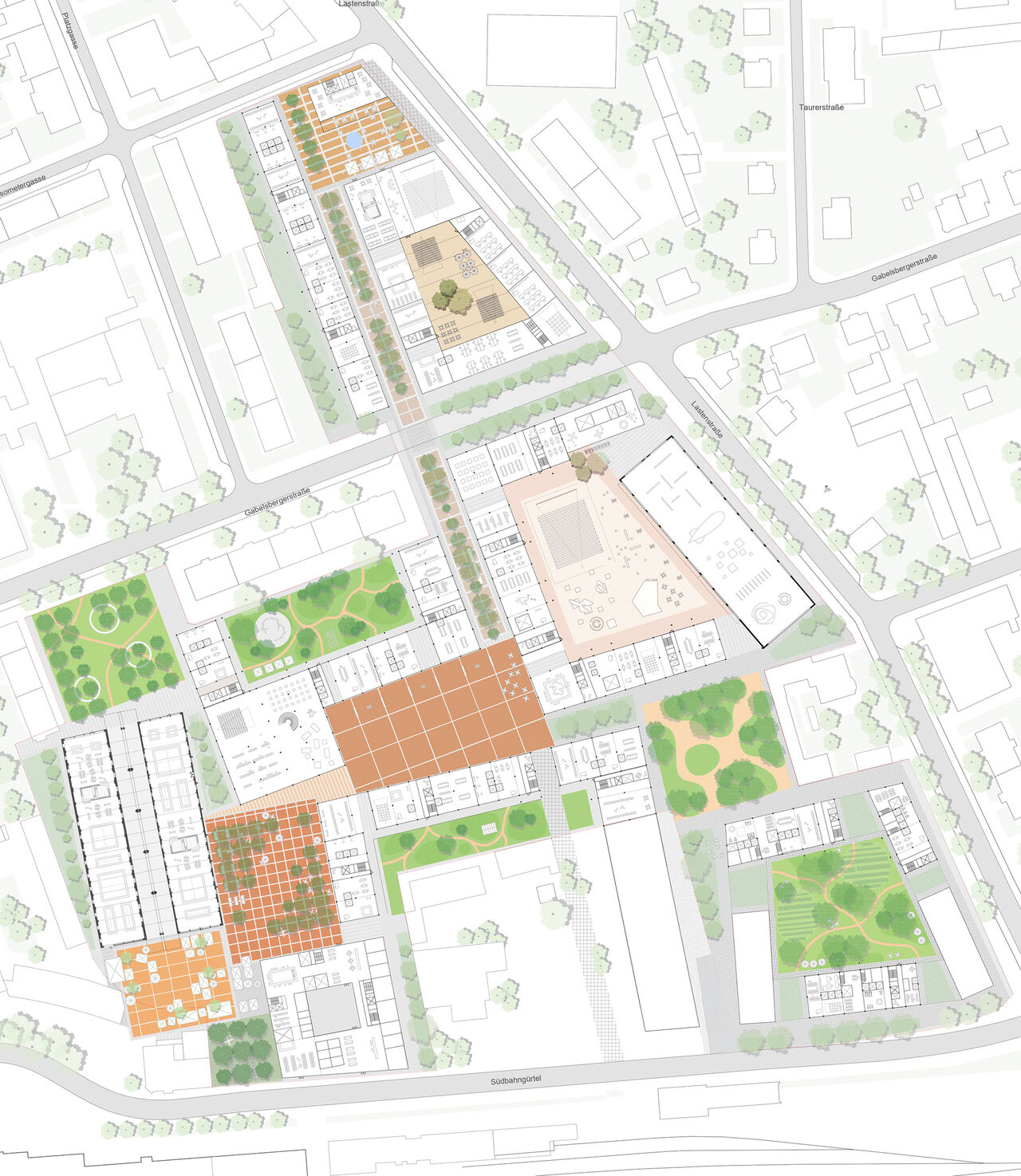 Slow mobility. The new speed railway line brings new energy to the city and an advantage to rethink the system of transportation within the city. Principles of slow mobility are proposed on the site and adjacent areas. Pedestrian, bicycles and scooter routes, combined with system of greenery, will comfortably connect all areas of the site with historical center and the main railway station. 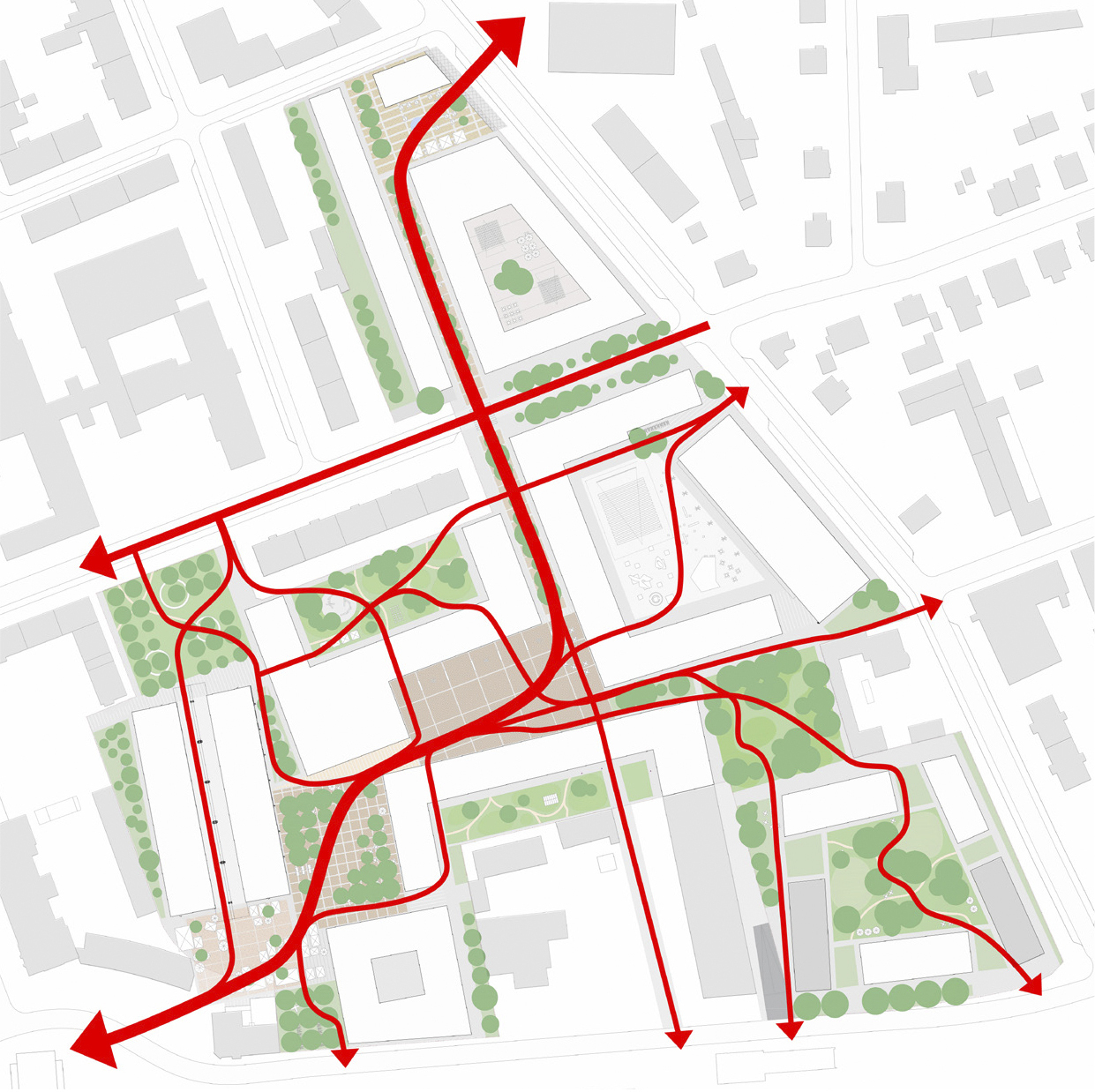 Programmatically it is a new center of attraction of citizens, students, businesses, culture and innovations. The new center has polycentric system within itself too. 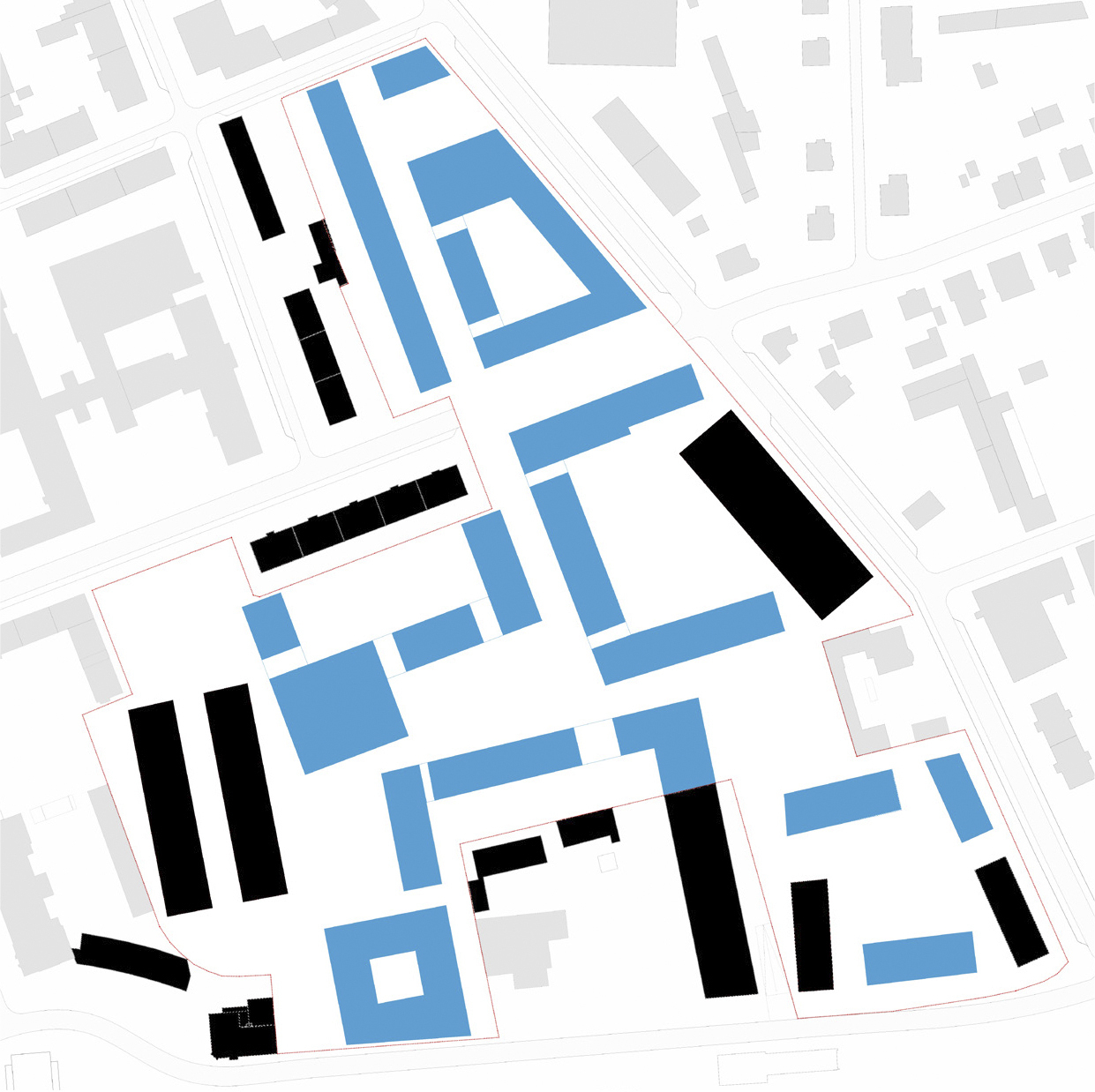 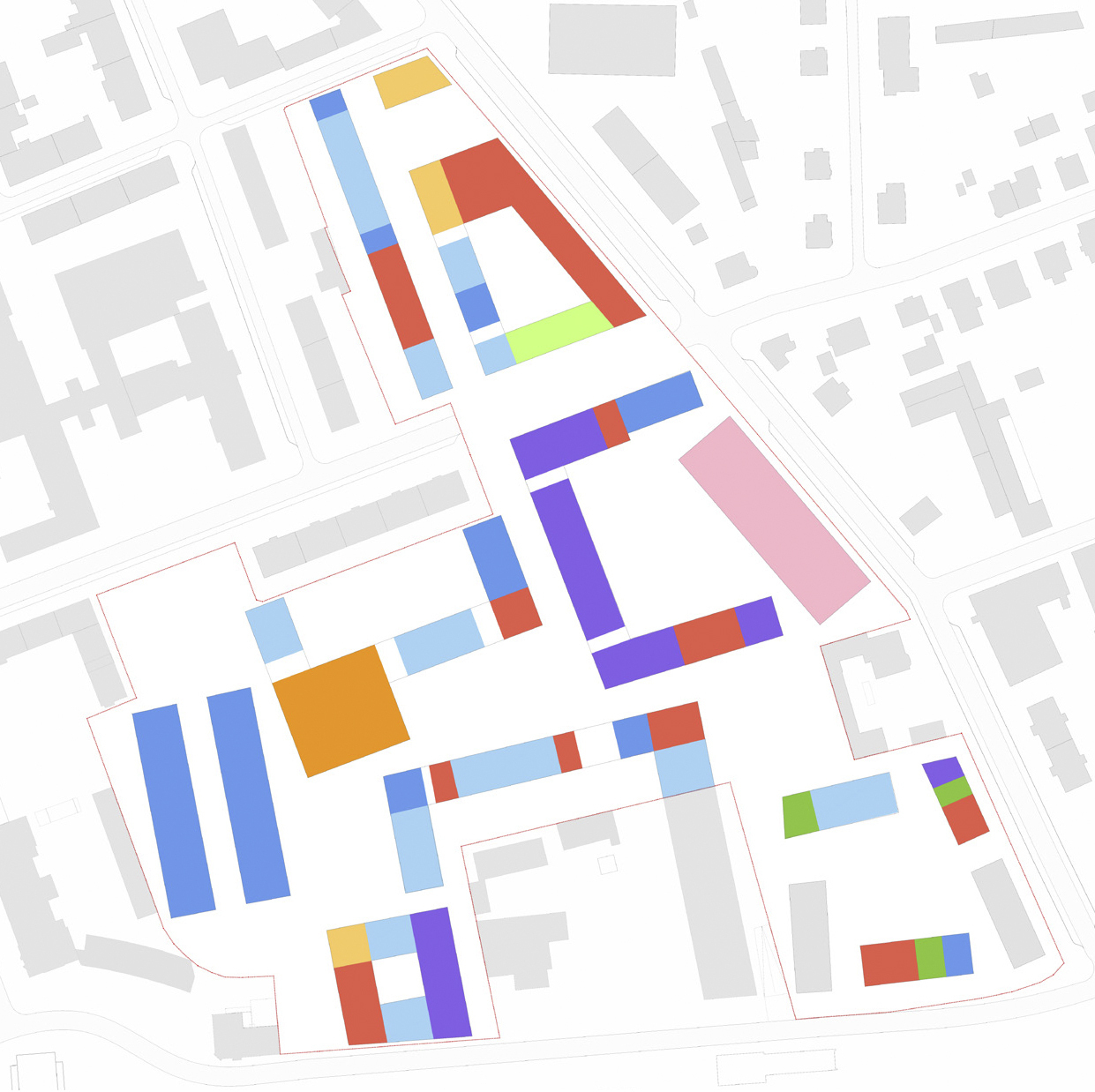 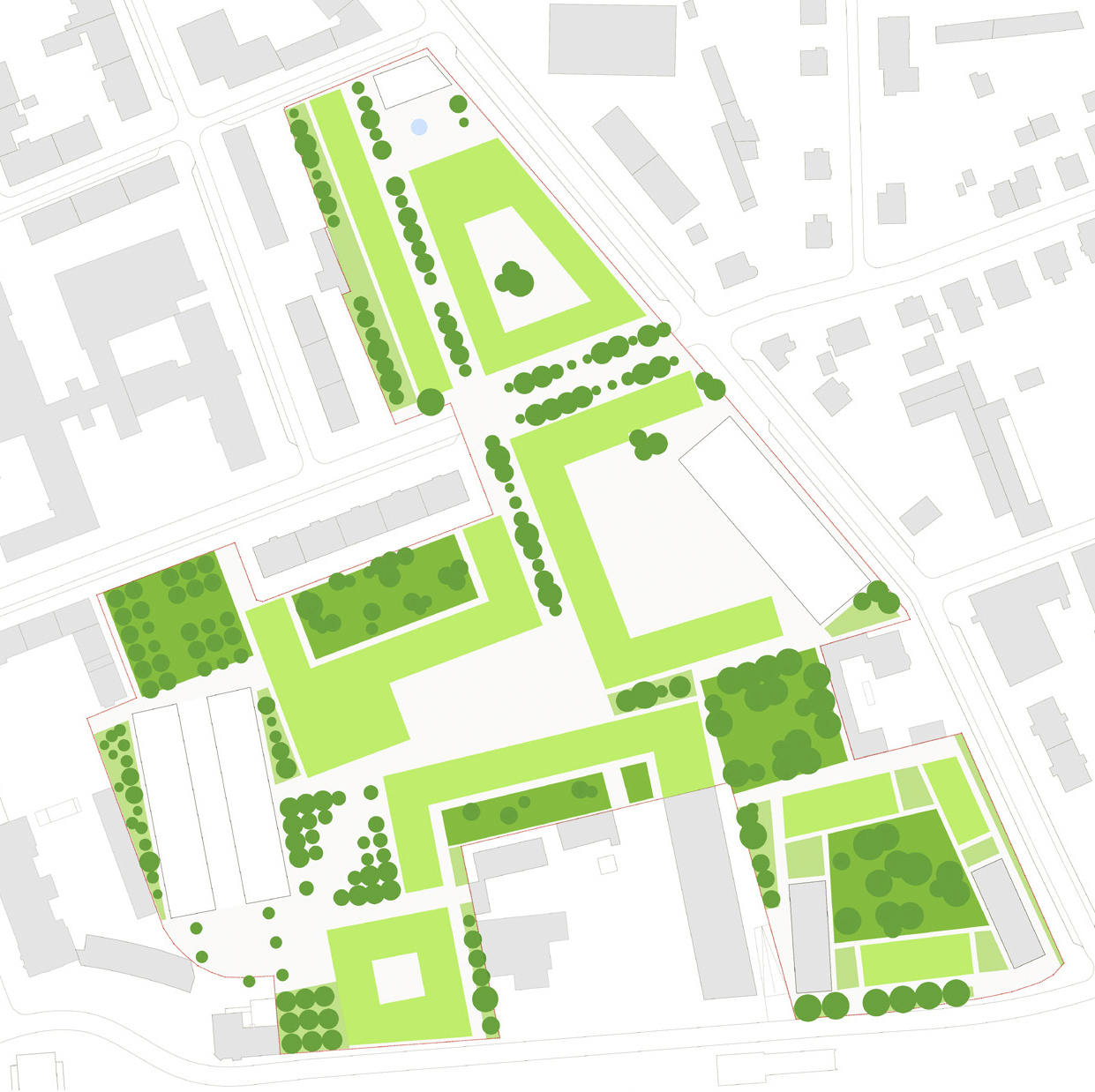 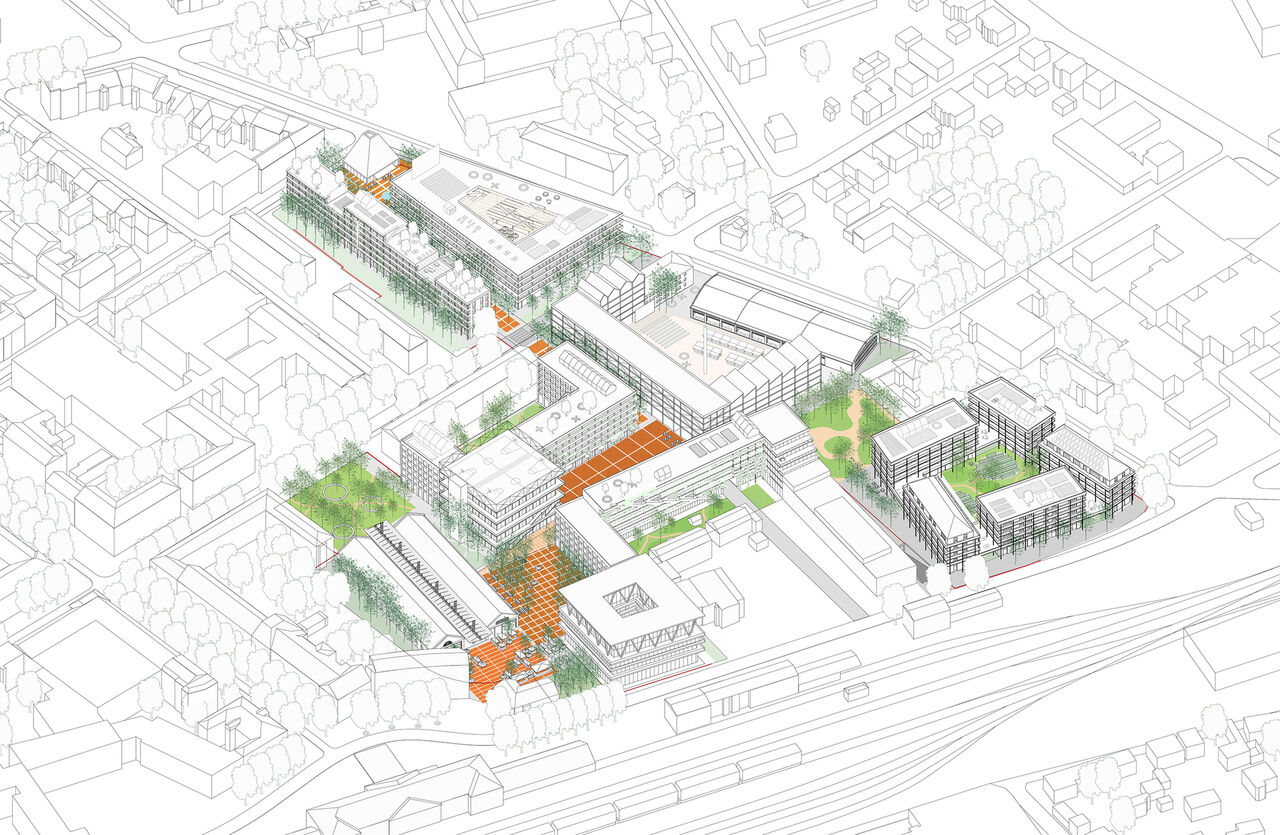 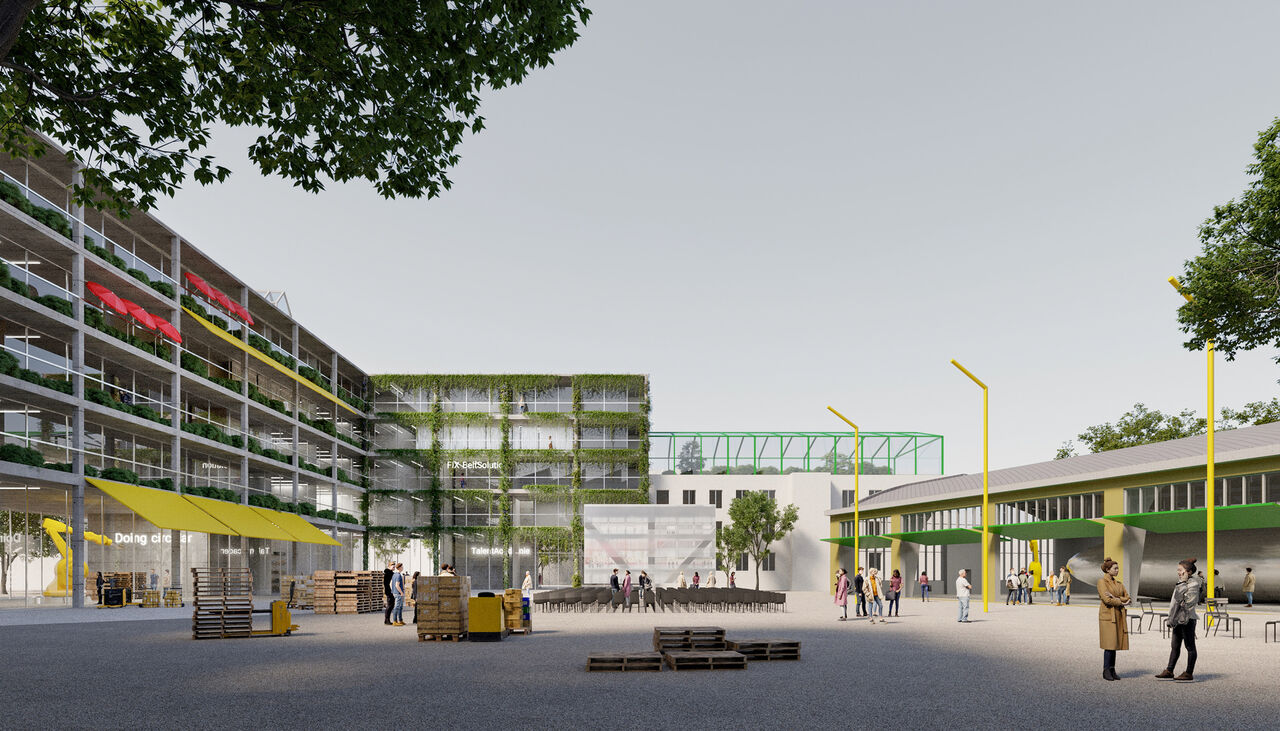